2012 Federal Budget Update – How are you affected? 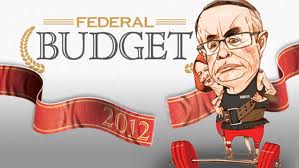 As predicted by almost every significant media outlet during the past week, the treasurer has announced a federal budget surplus of $1.5 billion for the 2012-13 year. A budget surplus is viewed by many in the community, perhaps a majority, as a good thing and therefore it is curious that the budget, at first glance, has a ‘flat’ feel to it. Could this be because the budget both gives and takes away with equal gusto?

Families will inevitably benefit from the ‘schoolkids’ bonus of either $820 or $410 (although this is arguably merely a boost for those most vulnerable to the carbon tax) but the gain is at the expense of the education tax refund which will be removed. Further, the Family Tax Benefit Part A will increase by $300 for families with one eligible child and $600 for two or more children however the benefit will be limited to children under 18 years of age.

Business taxpayers are confronted with a similar scenario. The loss carry back initiative will assist some companies with their cash flows however this is offset by a scrapping of the announced reduction in the company tax rate to 29% and significant limitations will be placed on access to LAFHA benefits which will increase the cost of the temporary relocation of employees.

We have listed out below what we view as the main changes announced in the 2012 Federal Budget.

The company tax rate will not be lowered from 30% to 29% as originally promised.

The Government will allow companies (and entities taxed like companies) to carry-back tax losses to offset previous profits so as to provide a refund of tax previously paid.

A one year loss carry-back will apply in 2012-13, where tax losses incurred in that year can be carried back and offset against tax paid in 2011-12.

For 2013-14 and later income years, tax losses can be carried back and offset against tax paid up to two years earlier.

The measure will apply to revenue losses only, will be subject to integrity rules and will be limited to a company’s franking account balance.

From 1 July 2012, small business entities (with a turnover of less than $2 million) will be able to:

This confirms initiatives previously announced by the Government.

This measure will deny a tax deduction for a bad debt written off, where the debtor is a related party who is not in the same tax consolidated group. The corresponding gain to the debtor will also not be taxed.

6. Changes to tax rates for non‐residents

From 1 July 2012, the net medical expenses tax offset (NMETO) will be means tested. For people with adjusted taxable income above the Medicare levy surcharge thresholds ($84,000 for singles and $168,000 for couples or families in 2012‐13), the threshold above which a taxpayer may claim NMETO will be increased to $5,000 (indexed annually thereafter) and the rate of reimbursement will be reduced to 10 per cent for eligible out of pocket expenses incurred. People with income below the surcharge thresholds will be unaffected.

8. 50 per cent discount for interest income not proceeding

The 50% discount for interest income is not proceeding.

The standard deduction for work‐related deductions and the cost of managing tax affairs is not proceeding.

The Schoolkids Bonus will replace the Education Tax Refund (ETR), which is currently available as a refundable tax offset. The Schoolkids Bonus will be made in two equal instalments in January and July each year commencing January 2013. As a transitional arrangement, the ETR in 2011‐12 will be replaced by a one‐off lump sum payment to eligible families in June 2012.

Eligibility for the payment will remain open to families with children enrolled and attending school who are in receipt of Family Tax Benefit Part A (FTB A) or other qualifying income support payments or allowances under a prescribed educational scheme that precludes the family from receiving FTB A.

need to reassess their arrangements to avoid breaching their CCC for 2012/13 (which will be half their transitional CCC for 2011/12).

The information in this document may contain general information provided by Leader Accountancy and is only intended for the use of professional advisers. It does not take into account the objectives, financial situation or needs of any person. To the extent permissible by law, Leader Accounta, related entities, employees and directors (“FIRM”) make no express warranties and excludes all implied warranties, in relation to the information contained in this document. FIRM excludes all liability for any loss or damage whether direct, indirect or consequential, suffered by any person acting (or failing to act) in reliance on the information contained in this document.