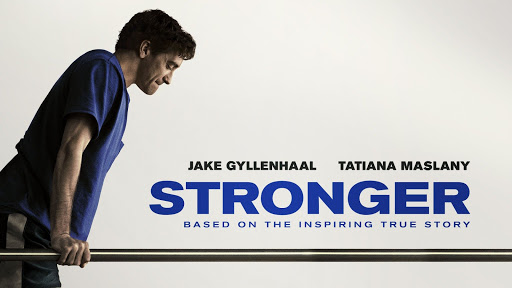 March 2018, on my way to client’s global conference in Singapore. After prepared all my presentation once again, watched a movie about being strong, about love and about how us, as a human to inspire each other.

In the film, Jeff Bauman lost his legs after surviving Boston marathon bombing. He was there for his girlfriend after broken up a month ago. His life was in a total mess and in family with alcohol all the bad influences. Just like Jeff girl friend said he has never “been there” for any other events in her life. It was his first time ever “being there”, but at wrong place, wrong time… He was just right next to the bomb. The bomb changed his life and many other’s.

First half of the movie was about how he “recovered” from operation. Or how to get out of hospital, but it left with him a lot of physical pain and after event psychology problems. Elli back to him, due to varies reason, she didn’t know which one was the right one, and she confused what she should do. She still choose to look after Jeff by gave up he family and job back to Jeff to support his rehab process.

Jeff knew, but scared by everyone around him formed a big circle around him and trying to help him a bit. it gave him too much pressure, he just couldn’t handle it. Jeff always turn around say “none of your fucking business”!

Few months later Jeff tire, but start to give up all the training to help him stand up again. Beers, sleep, and angry at Elli dominated his life. Scared and helpless. things turn downhill.

the night before Elli finally had enough and want to break up again. Elli pregnant. Took Jeff days to wake up a bit, but still confused and scared to the world around him.

The one saved him, the first one each him, at the day of bombing visit him one morning. Jeff with a beer in this hand, the guy ordered a coffee. The guy said “thank you”, Jeff ask “why?”. the conversation was deep and touch. made Jeff finally understand how his life impacted other people around him, and why people look up on him.

it wake him up. he restarted the rehab. Finally, Elli agree to meet him again after see him on TV again to help people get faith back.

the final scenes was at the normal café they normally meet, which Jeff has never turn up before. Elli seating inside the window, Jeff was on the other side of car park. He walked out the car, barely, on his artificial legs。

Took him a lot of efforts to seat next to Elli. Elli was watching him the whole time, a lot of emotion on her face. Jeff look at her, put his hand on the table, open up. Ellie put her hand in Jeff’s hand. A long scenes, without a line. Jeff finally said and only said “I love you”. it was the first time and only time he said that.

The camera roll to the photos few months after that, baby born. Three years later Elli financially finished with the 120th Boston Marathon. Life goes on…

A movie without hero, but all human being. You can fill the pain through the whole movie. Different pain, like our life, but hope and faith give us energy to fight and being strong.

“Help you to help me.” A line came up a lot through the film. We are social animals. Pain was through out the movie, but joy and hope were found.

Love it because reminded me my wife and my family. Reminded every single role I am playing in my life as husband, father, son, in-law, friend, leader in the business, accountant always there when in needs. There are people look up on me. I and every single of us need to be strong and stronger.

Fate is in our hands, we can control it, let make it different. All together we can make this world better.

For our love ones.